Skip to main content
My debut novel With the Music available as signed paperback or ebook
Buy it! 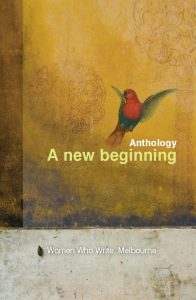 Women Who Write Melbourne is a diverse and talented group of writers who are working hard on their debut anthology. A New Beginning is a collection of original short stories, poetry and memoir. I am honoured to have a short story included in this anthology and can't wait to see it in print! In order to launch our anthology, we need your help and would truly appreciate it if you could support our Pozible campaign.

Lately I’ve been enjoying reading apocalypse literature – The Passage, The Girl With all the Gifts, The Fifth Wave. I love being swept along on an adventure in a new world where the characters struggle for survival and discover strengths they never realised they had. Also they get to fight off zombies/vampires/aliens.

And there’s always a good zombie/vampire/alien (usually a half “infected” child) present to make us question what it truly means to be human. The protagonist will team up with this character, fighting side by side against the bad zombies/vampires/aliens and paramilitary pockets of humans who have gone too far. Usually at the end of a trilogy of such books, victory for our heroes will ensue and they settle down to enjoy life in a brave new world which has none of the problematic trappings of our own. In some cases, as in The Girl With all the Gifts, the only survivors are the half-infected children, a new kind of humanity who we hope will do a better job than we did.

As I said, I’ve been reading a lot of these books lately. This, combined with a few camping trips, has sparked my interest in a post-apocalyptic, survivalist society. Or at least my interest in writing a book on that theme.

I already have an early scene worked out – a previously romcom-watching, wine-by-the-bottle-drinking, office-working woman has fled the dangerous city. It’s infested with zombies/vampires/aliens, don’t forget. For the first time in her life she’s alone, and starving. She camps out in an abandoned farm and comes across a lamb. Within one second of spotting the animal, her thoughts move from seeing it as a cute thing to gush over to seeing it as a source of food she’ll need to kill. That one second is the shift; the world and the people living in it will never be the same again.

There’s adventure in things never being the same again, a universe of possibilities. The monotony and mundanity of the old life (our life) will cease. No more getting up early to go to a job you’d rather not do, no more paying taxes, no more being stuck in traffic and no more feeling anxious because you haven’t achieved all you feel you should. What really matters will become so clear it’ll almost blind you. But when you emerge from the daze, into a simplified life, you’ll be happier. And even with those zombies/vampires/aliens chasing you, maybe you’ll be freer.

Cain is folded over his guitar, picking out notes that flutter around the room like birds. I sit down next to him, laptop on my knees. My additional weight on the couch seems to break Cain’s concentration. He pauses, drums his fingers against the neck of his guitar, then moves into a song.

I recognise the tune, ‘Paint it Black’, and hum along as I type out a few sentences.

‘You know this song, babe?’ Cain asks, without stopping his strumming.

‘Anyone with baby boomer parents knows this song,’ I reply.

My fingers move across the keyboard in time with Cain’s playing. Then he stops. My fingers freeze above my keyboard, waiting.

‘Sing along, babe?’ Cain plays a few bars from the opening riff, ending abruptly on a high note, a question.

‘I need to finish this assignment.’

Cain plays a few more notes. I close my laptop. I see a red door…

We continue together. I pitch my voice up an octave from Mick Jagger’s, singing falsetto like I did when I was a soprano in the school choir. My voice starts off rusty, but by the second verse, I’m warmed up.

I ignore him and continue in my falsetto. By now my voice is in tune and in time, but it doesn’t sound like the song. I shift down an octave, and before I reach the low note at the end of the next line, I begin to talk-sing.

‘That’s it!’ Cain increases the pace of his guitar-playing, and we’re off.

We finish the song and circle right back to the start.

‘We should check out that open mic night,’ Cain says, as he plays the opening riff.

It’s time for me to come in again, so I sing instead of replying.

I’m certain that we are good, that we’d do well at that open mic.

We could quickly get a few numbers up and running. Cain is accomplished and I can hold a tune. We’d probably be the best ones there. We’d get a standing ovation and be invited back the following week. Then the pub manager’s eyes would sparkle with a spotted opportunity, and he’d invite us to do a few paid gigs. By “paid” he’d mean a meal and two pots each. We’d start with Wednesday nights, then move to Fridays and Saturdays as the venue filled. Soon we’d be paid enough for Cain to be able to drop a couple of shifts and use the time to write our own music. I’d neglect my text books and buy sparkly dresses. We’d go to a studio and record Cain’s songs. They’d get played on the radio – community at first, then national and then commercial. We’d get a record deal and tour the country with our first album. The parent company of our record label, based in California, would pump money into the recording of our second album. Cain would quit his job and I’d quit uni. We’d move overseas. Then there’d be a shift, as there always is. Cain would be the talent, but I’d be up front, so I’d be the one who’s noticed, whose name is remembered. They wouldn’t see the beauty in the music Cain created, how he drew it from his guitar like liquid gold. Instead, they’d see me, twenty years old in my sparkly dresses. Soon I’d forget about Cain and his guitar too. We’d break up and I’d fall in with a slick crowd. I’d be tempted for forty days and forty nights, and in the end I’d succumb. My fame would reach the stars and Cain would be relegated to session musician. Kids would scream when they saw me and all sorts of speculations would be made about me in magazines, some of them lies, others not. I’d need more make-up and stylists to cover my pasty complexion and thinning frame. A marketing exec at the record company would write all the songs for my third album. He’d be the only person he trusts to deliver what he knows the market desires. Cain would announce he’s going home and there’d be a fast-forgotten moment of nostalgia as I say good-bye. I’d live between LA, New York, London and sometimes Paris. I’d have an assistant who’d writes birthday cards for my family. Sales for my fourth album would be lower than expected, then rise following my trip to rehab. I’d date an actor who hits me, but I’d keep going back to him. The press would blame me more than him. It would take longer to leave rehab the second time. On my first day out I’d get a new tattoo and call my dealer. I’d OD. My first album would be re-released, recorded with musicians from the studio, my voice auto-tuned. I wouldn’t be able to hit the same notes now that I’d become a smoker. I wouldn’t move in circles with people who think I was better when I sang with Cain. I wouldn’t have contacted my family in two years. I’d win a Grammy and OD again. I’d turn twenty-seven and they’d realise I won’t survive before I do, and start making movie plans. Cain won’t attend my funeral, but he’ll cry. It’ll only be after I’m dead that I’ll realise how much I love him.

He finishes ‘Paint it Black’. ‘We should check out that open mic night,’ he repeats.

I hug him so tight the edge of his guitar digs into my chest. It hurts, but I don’t release my grip.

I open my laptop again and read over my assignment.